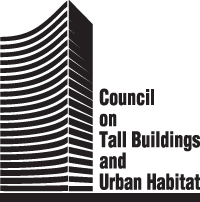 The Council on Tall Buildings and Urban Habitat is the world’s leading resource for professionals focused on the inception, design, construction, and operation of tall buildings and future cities. Founded in 1969 and headquartered at Chicago’s historic Monroe Building, the CTBUH is a not-for-profit organization with an Asia Headquarters office at Tongji University, Shanghai, a Research Office at Iuav University, Venice, Italy; and an Academic Office at the Illinois Institute of Technology, Chicago. CTBUH facilitates the exchange of the latest knowledge available on tall buildings around the world through publications, research, events, working groups, web resources, and its extensive network of international representatives. The Council’s research department is spearheading the investigation of the next generation of tall buildings by aiding original research on sustainability and key development issues. The Council’s free database on tall buildings, The Skyscraper Center, is updated daily with detailed information, images, data, and news. The CTBUH also developed the international standards for measuring tall building height and is recognized as the arbiter for bestowing such designations as “The World’s Tallest Building.”

The Council on Tall Buildings and Urban Habitat was founded by Lynn S. Beedle in 1969 at Lehigh University in Bethlehem, Pennsylvania.

Prior to 1976, the CTBUH was known as the “Joint Committee on Tall Buildings,” a joint group originally formed by the International Association of Bridge and Structural Engineers and the American Society of Civil Engineers in 1969.

In 2003 the Council moved from Pennsylvania to the Illinois Institute of Technology (IIT) in Chicago, USA. The next 13 years saw tremendous growth for the Council, with a Research & Academic office opening at the Iuav University of Venice, Italy in 2014 and an Asia Headquarters office opening at Tongji University, Shanghai in 2015.

Having outgrown the space available at its IIT headquarters, in 2016 the Council expanded into the historic Monroe Building in downtown Chicago and established a Research & Academic office in the space remaining at IIT campus.